A pastor in Queens has but two pandemic prayers

LOUISVILLE — When New York City started closing down in mid-March because of COVID-19, the Rev. Patrick O’Connor at  First Presbyterian Church in Jamaica had two prayers.

Two months later, O’Connor, who serves a multi-cultural congregation in Queens, considers himself “very privileged.”  So far, he doesn’t have the virus. And FPC in Jamaica was the first church to open a coronavirus testing site in New York City.

Church leaders did that by working in partnership with the Metro Industrial Areas Foundation and the Community Healthcare Network, a federally qualified health center in the city, for Medicare and Medicaid services.

“We wanted to use the site as model for Gov. Andrew Cuomo, so that he knew that religious institution sites could be used to positively impact communities of color,” O’Connor said, “and that we have long roots and trusted relationship in the communities we serve.” 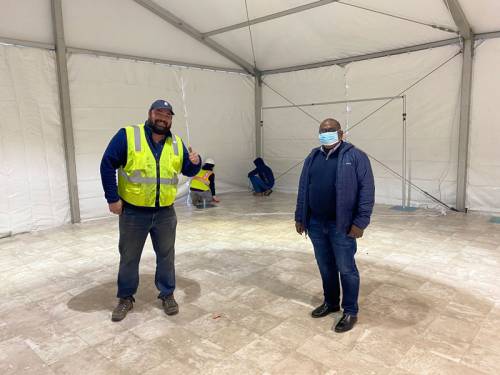 Since opening a month ago, the church site has tested more than 2,000 people in a community that has a high number of COVID-19 cases and deaths. Black and Latino people in the city are twice as likely to die from coronavirus than whites — and  75 percent of those doing frontline work during the pandemic are people of color.

As O’Connor had hoped, the church site has served as a catalyst for both city and state testing. Currently there 24 church testing sites in the city run by the state. Another 23 are run by the city. According to O’Connor, those 47 sites tested more than 18,000 people last week.

O’Connor said the church pushed hard to become a testing site is because of the members it’s lost to the virus. Five of eight deaths in the congregation during recent weeks were attributed to COVID-19.  Multiple people have been sick with the virus and recovered.

“The hardest part for me as a pastor is to know how to support and comfort each of them,” he said. “I think there’s a whole set of mental health issues for all of us who have been through this traumatic experience, which will persist into the future.” 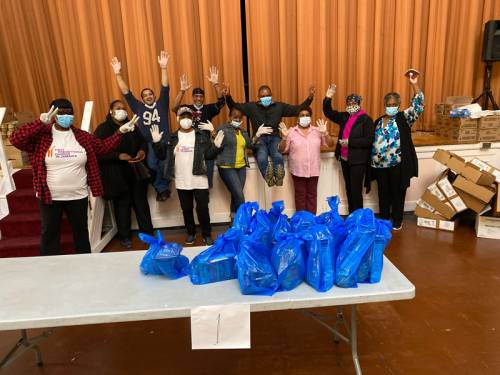 Each week, First Presbyterian Church in Jamaica volunteers answer “yes” when the Rev. Patrick O’Connor asks, “Do you still want to do this?” (Photo courtesy of Patrick O’Connor)

Yet the congregation presses on. The church’s food programs are still operational thanks to committed volunteers who weekly say “yes” to O’Connor’s question, “Do you still want to do this?” Part of their responding “yes,” he believes, is because of those the church lost to the virus. Each person was deeply respected. Devoted to their families and church, they committed their lives to serving their community.

“They were great people,” O’Connor said. “Holding restricted funeral services was one of the more taxing aspects of this time.”

Following guidelines given by the city, the church’s food pantry and soup kitchen continue to operate. Prepared packages of food are distributed on Tuesdays and takeout meals are available on Wednesdays.  With so many other programs closed in the city, O’Connor said it’s been an “eye-opener” to see all the people coming now, including cab drivers, those who provide home care, barbers and hairdressers, and food servers. 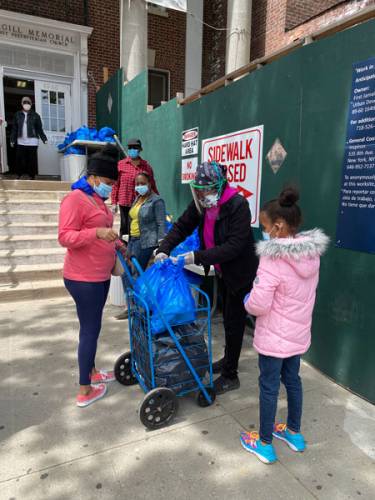 First Presbyterian Church in Jamaica’s food pantry and soup kitchen (which serves takeout) have been essential for many of the city’s workers who provided cash dependent services and have been shut down by the pandemic. (Photo courtesy of Patrick O’Connor)

“All of those who provide services that are cash dependent have no source of income now,” he said.

O’Connor remembers how taxing it was to support the families of those who were killed by the virus. But hope comes to him, he said, from people and churches in the city and around the country who recognize what First Presbyterian Church in Jamaica is trying to do.

“The prayers and giving from PC(USA) churches have been a source of inspiration and provided us with courage to move forward,” he said.  “The virus has exposed how much more we are interrelated than we understand.”

“Our testing site is a baby step, and part of the hope is that we can build on this,” he said. “Currently in partnership with Metro Industrial Areas Foundation, we’re in discussion with elected officials and large health systems, asking, ‘What can we do to effectively ensure that you are more integrated in low-income communities of color?’”

Inspired by those saints killed by the virus, First Presbyterian Church in Jamaica desires to make a difference, O’Connor said, by seeking to help those who are trying to be the church in a time of struggle and heartache.

“Together we live on,” he said.